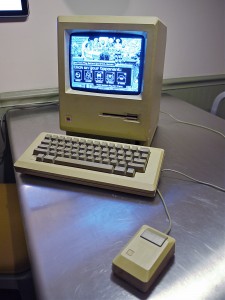 A couple weeks ago, I was reading through Andy Hertzfeld’s anecdotes at FolkLore.org, about how he and his colleagues developed the original Macintosh. These stories brought me back, first to nostalgic times, then to a nostalgic purpose. I remembered all the reasons I first fell in love with software development, many of which are also true of my writing, and I finally understood what I would need in order to rediscover that lost love.

(He’s also collected these stories in paperback: Revolution in The Valley: The Insanely Great Story of How the Mac Was Made.)

The Macintosh was originally a tiny research project tucked away in a corner of Apple, still riding off the success of the Apple II home computer. The project was always up for being canceled, but the people working on it believed in it, and believed that it would change the world. They were bringing features years ahead of their time to a “low end,” common man’s computer, inventing new technology in the process. 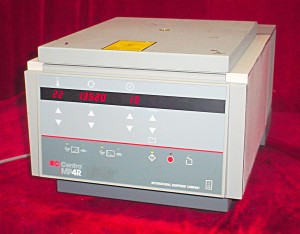 One of my career-defining moments happened while I was still in college. In the late 1980’s, I designed some of the embedded software for IEC centrifuges. I was one of the early developers on the Centra MP4/4R centrifuges. (Some of these are still in service today, over two decades later.) The company was migrating to a newer microcontroller, because Motorola had deprecated the one they had been using. I noticed that this new micro had a more powerful timer/counter, and we could wire it up in a certain way, and I could write software to measure the speed of the centrifuge using a different algorithm than we had been using, and we could increase the performance of the centrifuge by an order of magnitude. So I talked to the hardware engineer, and that’s what we did.

Of course, the new microcontroller was also powerful enough to allow me to experiment with a new speed-control algorithm, which eliminated overshoot, even at maximum acceleration. (Closed-loop controller engineers know what I’m talking about.)

In retrospect, I’m sure it was all overkill. As far as I know, IEC never set the new standard in centrifuge performance. Maybe those gains were not important to the customers. But they sure were fun to pull off. And that’s an element I see in the Macintosh’s development, the team pulling off miracle after miracle, rising to ever greater heights, with graphics, with the disk controller, with sound generation— When Steve Jobs had the Mac announce itself on stage, in 1984 that was très kewl.

(BTW, I told another version of this story several years ago.)