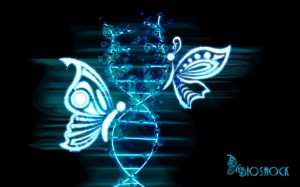 Perl 6 has some really cool features. Features I’d like to use in production projects. But is Perl 6 suitable for production?

I keep hearing, no, because it’s unstable, the spec is still being hammered out, there are still too many bugs, it’s still too slow, the documentation lacks (or is just plain wrong), key features are still missing, it has insufficient module support.

But I have never been one who blindly accepts the evaluations of the crowd, because the crowd is often dominated by zealots twisted by hate and zealots twisted by love, and I’ve found a great beauty and symmetry in that nuance that lies in between zealotries.

Besides which, Perl 6 (hereinafter referred to as “P6”) includes a number of features that fit a particular real-world application that I happen to be thinking about. That’s another post. But several P6 features struck me. Here are the top three:

Part of the challenge, of course, is that some (most?) of the Wow! is, at this time, still just hype. That goes without saying when dealing with a second-system like P6. The P6 spec defines so many kewl, often overlapping features, with precisely defined edges. The proliferation of such edges, in fact, may be part of the reason implementations have been plagued by persistent bugs and performance issues, and still are.

So in upcoming posts in this series, I’ll be exploring these features, running sample code, trying different P6 implementations, and looking at what parts of the language run well enough and fast enough to be considered potentially useful.

P.S. Click here to read the next part of the series.

This entry was posted in Uncategorized and tagged Perl 6. Bookmark the permalink.