My Recent Posts at The Perl Shop Blog

I also blog over at The Perl Shop Blog. Most of what I write about Perl anymore is over there.

My recent pieces include: 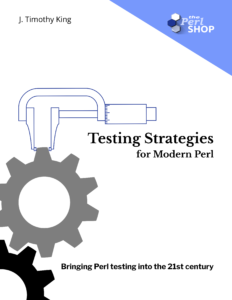 I’m also still working on Testing Strategies for Modern Perl… slowly working my way through it. I’m about 4,200 words through chapter 3, which focuses on reusing test code. I’ve talked about factoring common data out of test methods, how to refactor tests safely, creating custom test assertions, parameterized setup, table-driven tests, and shared test modules. I have 3 sections left to complete—on test fixtures, inheritance, and the Test Hierarchy antipattern (see above)—plus a conclusion and an introduction. The book also has a new cover! (That’s the image shown here.)

This entry was posted in Uncategorized and tagged Perl. Bookmark the permalink.